What Does NBA Basketball Have to Do With Investor Behavior? 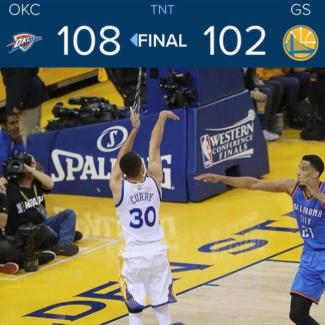 What Does NBA Basketball Have to Do With Investor Behavior?

If you like NBA basketball as I do, then you know that the Golden State Warriors are a world class organization —defending NBA Champions, clinching a historic 73 game win season this year. Their assortment of basketball talent seems endless, led both by the league’s unanimous MVP, Stephen Curry, as well as by Steve Kerr, ­an outstanding coach by any measure.

But if you watched Game 1 of the Western Conference Finals, you witnessed as I did an absolute breakdown of rational decision making under uncertainty. With less than 5 minutes of play remaining in the game, and only down by 4, the Warriors became desperate. After all, they’re not used to the uncertainty that comes with being down —especially in front of their home crowd and with five minutes of play left.

Under standard finance, classical decision making assumes that individuals make rational decisions while attempting to achieve the highest expected utility of their resources. But under behavioral finance individuals are normal, subjected to their emotions, biases and external forces. Normal behavior leads to irrational behavior and less than optimal outcomes.

Daniel Kahneman, winner of the Nobel Prize in 2002 for his pioneering work in Economic Science, says that individuals make decisions in one of two ways: intuitive and deliberate. He explains that “intuitive thinking is automatic and quick decision making, with little or no effort and no sense of voluntary control.” He further states that “deliberate decision making is more thoughtful, which requires more reasoning and effort.” (Kahneman 2011)

In my opinion during the final minutes of play the Warriors exhibited an absolute breakdown in rational decision making. They exhibited irrational and emotional behavior which led to poor decision making, which in turn led to their loss. The situation warranted a more poised and deliberate thought process. Essentially they abandoned the very style and poise which led them to their historic 73 game win season.

So what does NBA Basketball have to do with investing? Absolutely everything! When it comes to investing, individuals find themselves under pressure and equally subjected to the very same types of external forces inherent in the final minutes of a highly contested basketball game. After all, when investors make irrational decisions with their money their livelihood is also at stake. So things can, and do, get very emotional and stressful.

In his book, Predictably Irrational, Dan Ariely, James B. Duke professor of Psychology and Behavioral Economics, conducted numerous studies of the behavior of people under both pressure and uncertainty. In one study individuals were asked to answer questions while they were in a calm state. Then, they were asked the very same questions under an emotional state. The very same questions evoked very different results while in the emotional state (and far less optimal I would add).

What this says about human behavior is that we react very differently while under different conditions, especially stressful ones. Once the emotional part of the brain (the amygdala) gets triggered, there is no telling how we might respond.

When it comes to investing, advanced planning means this:

1. Insure that you have a well-structured and diversified portfolio. This means holding a well-proportioned and risk adjusted mix of large, mid-size, and small companies across the value and growth spectrum as well as in domestic, international and emerging market securities.

2. Have a proper bond/equity ratio commensurate with your risk tolerance. You have no idea how often I see investors alter their allocation when markets get heated. This is a huge red flag and indicates that they were in an improper asset mix to begin with, typically one that was way too aggressive for them. A discussion with your financial advisor and a risk assessment questionnaire will prove helpful in determining your appropriate asset mix.

3. Just wait! Often, exercising patience and doing nothing is the best course of action. But this is easier said than done. This third option assumes that one has employed 1 and 2 above.

For a more extensive conversation about this, please reach out to us by email or by phone.