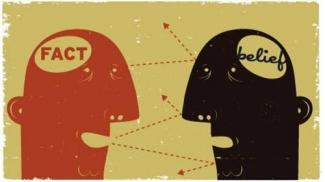 Miami/Coral Gables, FL – Whether you’re a wealthy individual in the middle of your career or a soon-to-be retiree with a few hundred thousand in your account, there is one simple truth that binds us: we are all human. And what comes with the territory of our common humanity is our disability to be unduly influenced by past experiences and misperceptions. These can be called biases, and they infect both our social and investment interactions. In this piece, we’ll be focusing on the latter and drilling down on a specific aspect of behavioral finance known as affinity bias.

What Is Affinity Bias?

Affinity bias is a type of emotional bias that is defined as a person’s general tendency to make irrational, potentially uneconomical, choices. In short, we’re not computers, so we can be swayed and influenced (e.g. by advertising) despite the outcome of these actions not necessarily being in our best interest. Affinity bias specifically references actions taken based on an individual’s belief that that decision (whether for a product or service) will reflect their values or how others perceive them.

A common example is buying an Apple iPhone as that gives off the perception of being technologically on the cutting edge and a bit more upmarket. This, despite the fact that some iPhone’s may be rated lower than other phones and in fact cost more for this lower rated performance. The power of “brand” is implanting this perception of technological luxury to lead to a real outcome, i.e. a consumer making a potentially irrational choice to buy an iPhone over an alternative. That’s not to say that an iPhone is a bad phone or that the value of “feeling” good about the purchase and fitting in to a social norm doesn’t have worth. But it is to say that if one could be blind to brand the rational calculus would be to go with a cheaper, better-performing alternative.

In the investment world, this same perception-as-reality affinity bias can lead to the purchase of “brand name” investment options that may, in fact, charge higher fees for no better performance than a cheaper alternative that lacks the brand name. Affinity investment bias may also arise when one believes their choice to investment reflects a certain value they hold within themselves.

A classic example of investment affinity bias is rooted in patriotism. Many individuals will make uneconomical consumer choices by purchasing domestic holdings and receive the “benefit” of patriotism. At the same time, they may lose the utility of high returns and lower risk from a more diversified and global portfolio.

Affinity bias doesn’t just rise from the perception of a brand, or how one believes that choice reflects their values. It can also come from a type of positive peer pressure—e.g. all my friends are invested in stock X, so too should I be for fear of missing out and being outside the group. I want to be positively perceived by others and/or follow a “herd mentality” to “fit in.” However, I may have made this choice despite a lack of rational diligence, which had I performed, may have led me to uncover certain “harm” to this investment choice relative to my goals.

The first step in overcoming any type of emotional bias is recognizing that that bias exists. By reading this article, you’ve taken that step and can identify the problem.

The second step is working to take emotion and human irrationality out of the investment process. Part of this can be done through the agency of an advisor. By disintermediating yourself from the process you can allow an advisor to reflect on the facts to make decisions on your behalf. However, the investment process is still being viewed through a human lens and bias may still influence, though to a lesser degree.

So this requires a third step. When working with an advisor, be sure to engage one that is facts-focused and applies a rational matrix to all investment decisions. As an example, your advisor should have a set of quantitatively-linked investment criteria from which they do not deviate to make a decision to buy, sell or hold an investment vehicle (they should also have a methodology that applies to what extent that holding plays a small or outsized role in your overall portfolio allocation).

As an example, if the holding is an equity vehicle like a mutual fund, your advisor may want to look at the size of the fund, the tenure of the manager, and historical performance. They may also want to look at to what extent that fund’s style (e.g. large-cap growth) and investment thesis/sector orientation (e.g. emerging markets) play in the overall risk and allocation of your portfolio within the context of your goals.

There are dozens of other variables that should be considered, but the bottom line is that when all of these quantitative factors are compiled and analyzed in the context of an investor’s mandate there should be a mathematical decision arrived at that is in the client’s best interest. It is only in this way that an investor can mitigate or eliminate most of the inherent biases that come with the natural state of being human.

Taking this a step further some investor may chose to fully index (i.e. invest passively) or rely on pure quantitative triggers and algorithms (as in high-frequency trading) to completely remove any human agency or error. However, there can be a benefit to inherent human irrationality at times. This may come in the form of acting on information that a computer would ignore as it’s a contrary indicator to herd mentality (e.g. John Paulson shorting the housing and financial services industry with his hedge fund during the Financial Crisis of 2007-2008). However, these are outlier cases, and the general thread of logic should be to combine the base of humanity with the rational calculus of process and mathematics.

At Genesis Wealth Managements, Inc. we have extensive experience with overcoming affinity bias of our client investors through our proprietary investment methodologies. This includes our adherence and access to the guidelines and investment methods set forth by David Booth and Eduardo Repetto at Dimensional Fund Advisors. We welcome the opportunity to speak with you. For more information, please visit us at: http://www.genesiswealthmanagement.com/

Genesis Wealth Management, Inc. is a fee-only firm led by Mario Yngerto serving the Greater Miami, Coral Gables, Ft. Lauderdale and West Palm Beach area. Mario is a NAPFA Advisor and holds the CPWA®, CFP®, and ChFC® designations. We provide Financial Planning and Investment Planning services to our clients utilizing the proven academic research behind Dimensional Fund Advisors. We adhere to the fiduciary standard of acting in the “best interest” of our clients and are only compensated by the fees paid for our investment advice—keeping us free of conflicts and accountable to our clients.